One doesn’t review Lady Gaga: they display their point of view of Gaga. Monster Ball is built upon a forced perspective; but with one like Gaga, within that parallel universe, the rigidity of her forced perspective allows for the creative mind of a monster to roam and wander endlessly in a world all their own.

If you want a review, YouTube Monster Ball and peruse the comments – she won’t mind: “Why do you come to my show if you’ve already seen it on YouTube? I’m just kidding, I’m really glad you came to my show.”

In the words of the enigmatic Pop matriarch, Madonna:

In the sea of Gagaisms you know the words, you know the lyrics, you know the soundbites. There’s plenty to say about Monster Ball, but for a proper delve, the words have lost meaning in and of themselves. So, come take a look through my lens, and let’s get unconscious.

This is the Manifesto Of Little Monsters. There’s something heroic about the way my fans operate their cameras. So precisely, so intricately, and so proudly – like kings writing the history of their people. It is their prolific nature that both creates and procures what will later be perceived as The Kingdom. So, the real truth about Lady Gaga fans – my little monsters – lies in this sentiment: They are the kings. They are the queens. They write the history of the kingdom, and I am something of a devoted Jester. It is in the theory of perception that we have established our bond – or, the lie, I should say – for which we kill. We are nothing without our image, without our projection, without the spiritual hologram of who we perceive ourselves to be, or rather to become, in the future.

When you’re lonely, I’ll be lonely too. And this is The Fame. 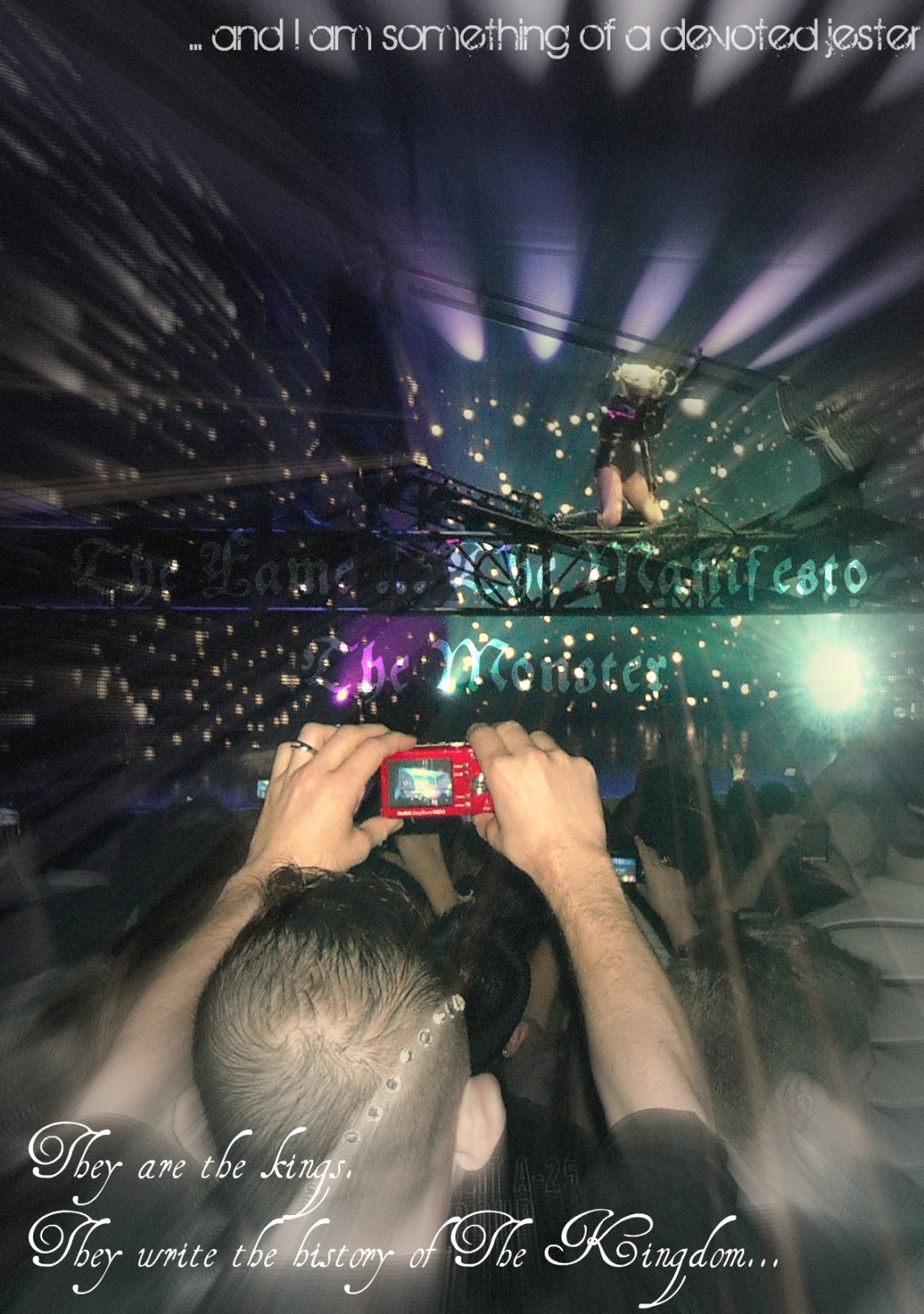 First, there’s the atmosphere; whether blurred technicolor, or crystal clear black and white, hazed, dazed, confused, or completely cogent: Gaga is, and creates, an inescapable environment of all-encompassing art 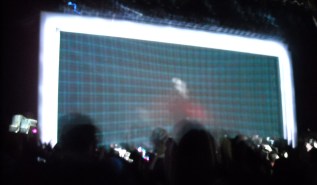 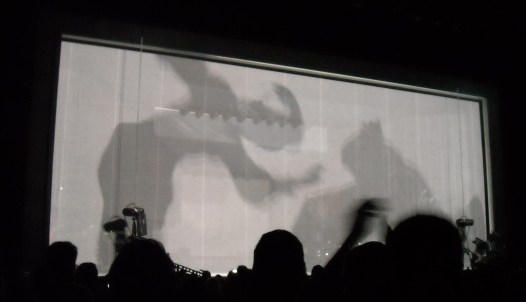 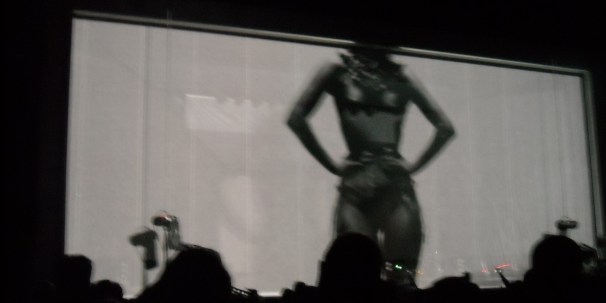 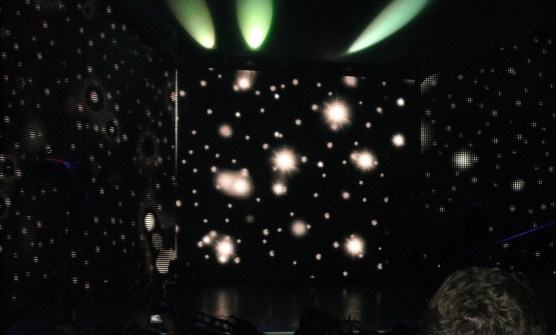 Then, there’s Gaga herself: the belle – beast, and bellhop – of the Ball 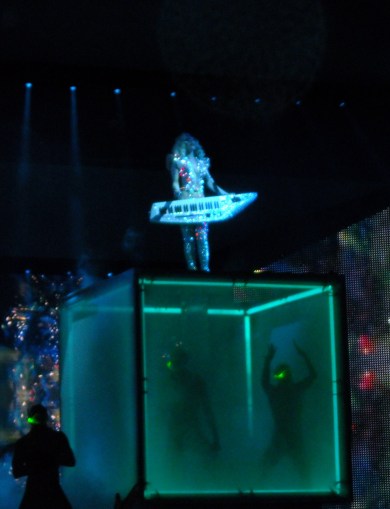 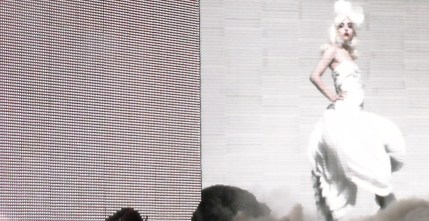 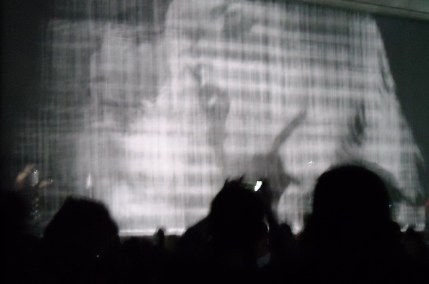 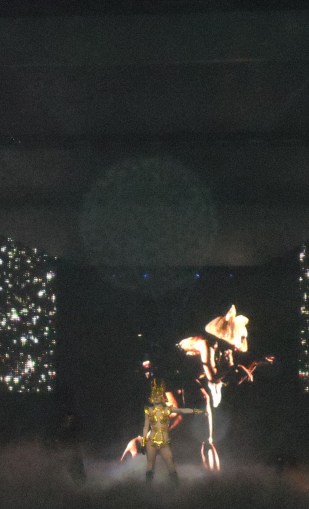 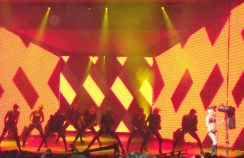 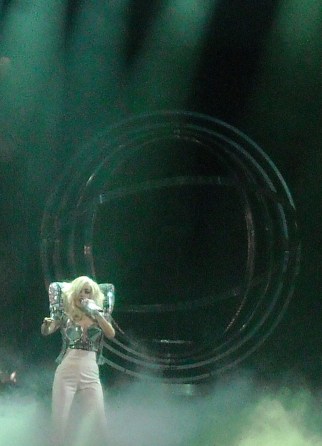 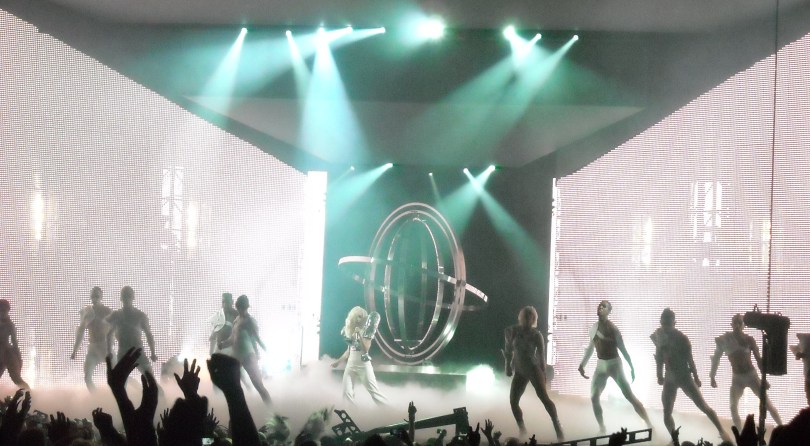 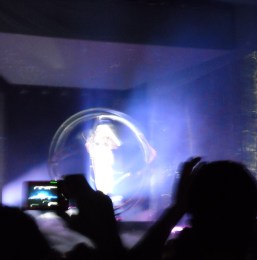 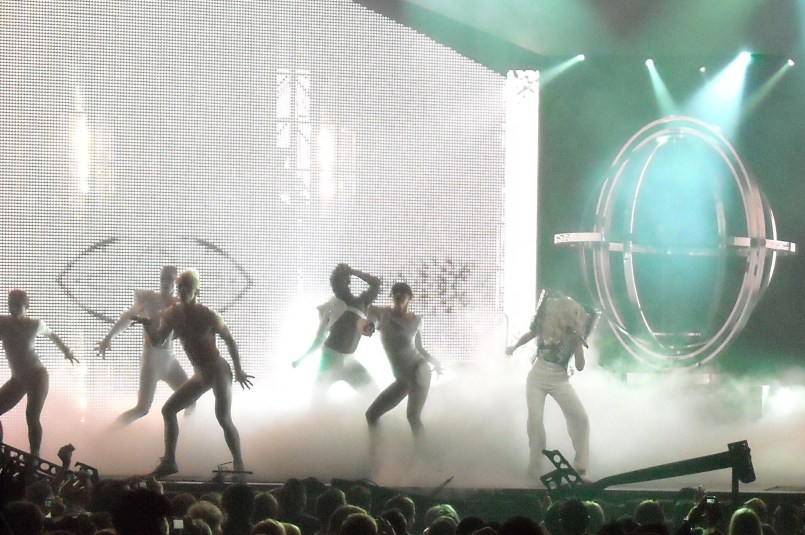 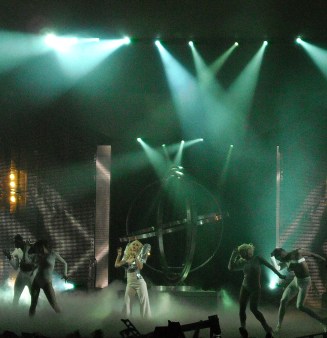 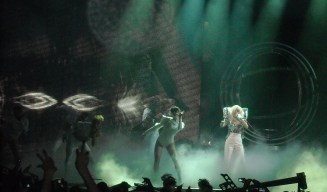 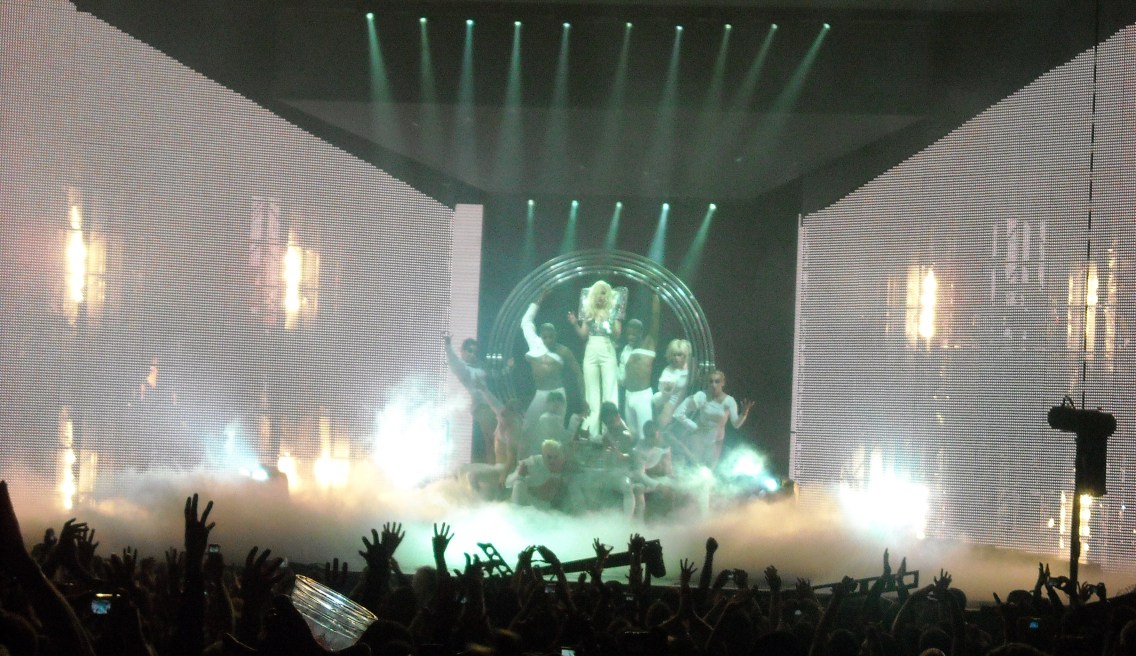 Finally, though, at the core of it all are the fans: her little monsters. They make the show happen. Gaga is as epic as they allow her to be. When she says she is like Tinkerbell and will die on stage unless they clap for her – I can’t help but see the seed of truth in that kinda-but-not-really-joke. A zeitgeist doesn’t joke about stuff like that – unless said humor is a la mode. 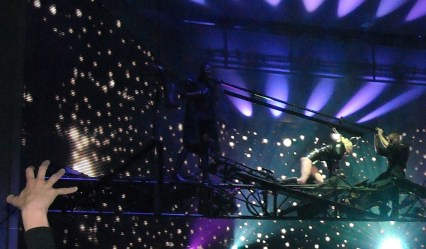 To see Gaga is brilliant, but to see what she evokes in the crowd – as a whole, and as individuals – and vice versa, is the essence and lifeblood of The Kingdom. If this sounds that serious, it’s because it is – they will die for their art: she killed her boyfriend, just because it looked good on film.

Even in Atlanta – Saxby Chambliss, Zell Miller, we-voted-for-and-subsequently-moved-to-impeach-Sonny-Purdue-solely-because-we-wanted-the-Confederate-flag-on-our-state-flag, we-were-the-hub-of-the-Civil-Rights-movement-because-racism-was-as-commonplace-as-peach-cobbler, “Impeach Obama,” yeah-we’ve-got-a-massive-gay-community-but-…-really?-don’t-get-it-twisted-this-ain’t-Frisco – Georgia, this woman had good ol’ boys, goths, cheerleaders, dawgs, war eagles, tigers, teeny-boppers, d-boys, hipsters, moms, dads, grandmas, grandpas, sound technicians (did not know they could dance so well), your mom, pullin’ out their paws for the cause – when they weren’t paused: mouth agape, ears indulged, eyes glued – for the cause: half psychotic, sick hypnotic…

Thus is the essence of the monster’s journey through the Ball: 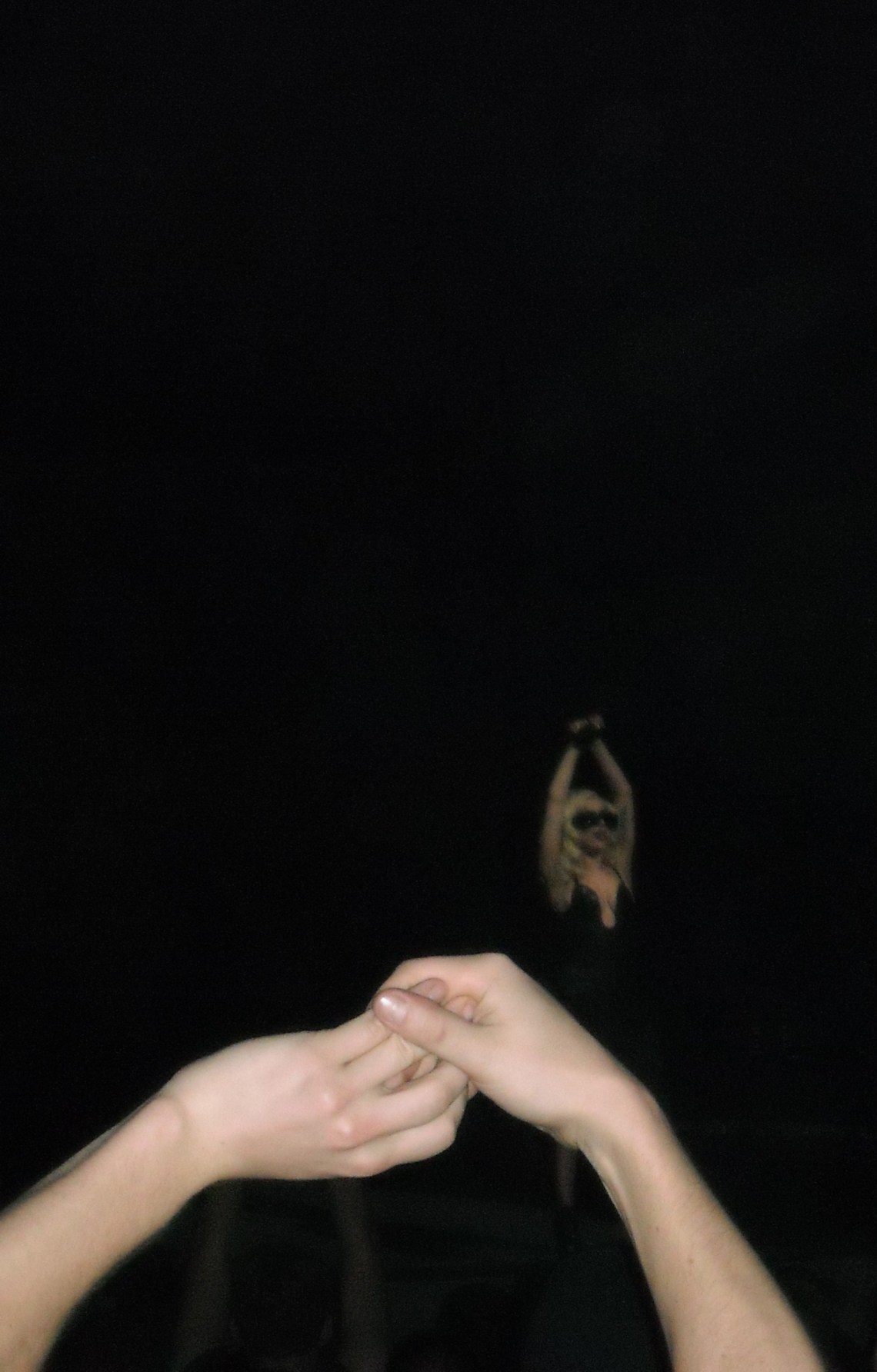 … fall into some familiar fiends … 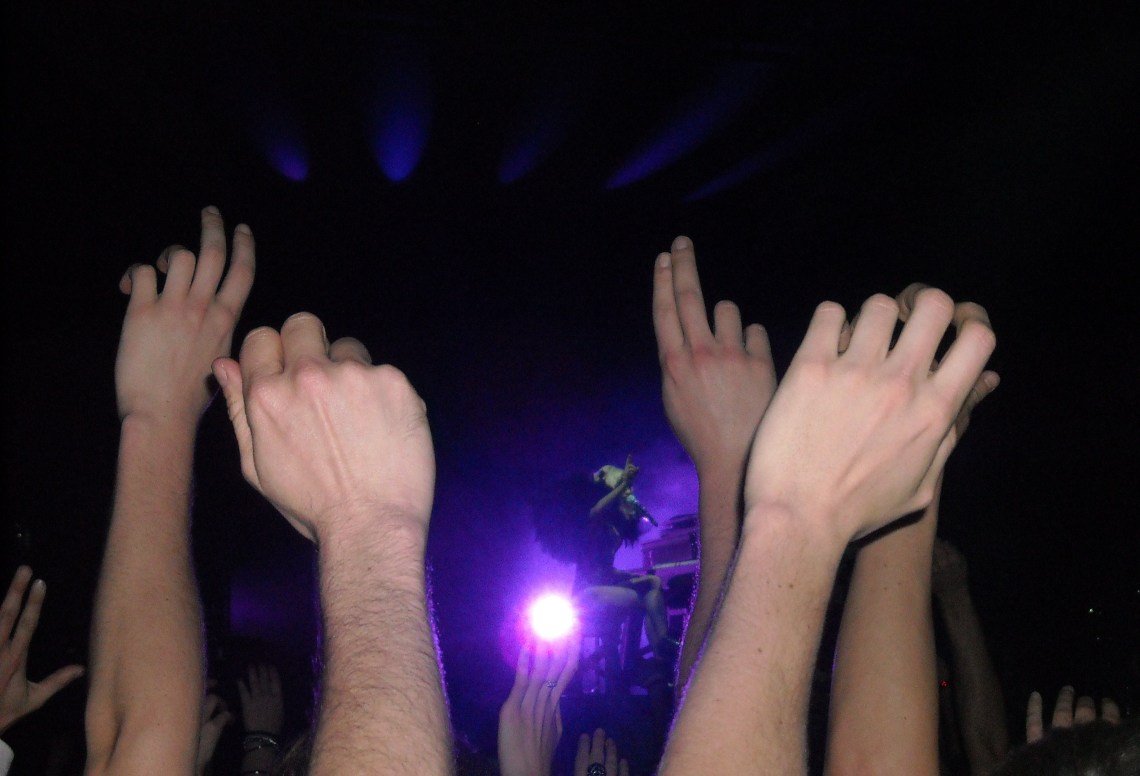 … then, meet the maker and get metaphysically unconscious … 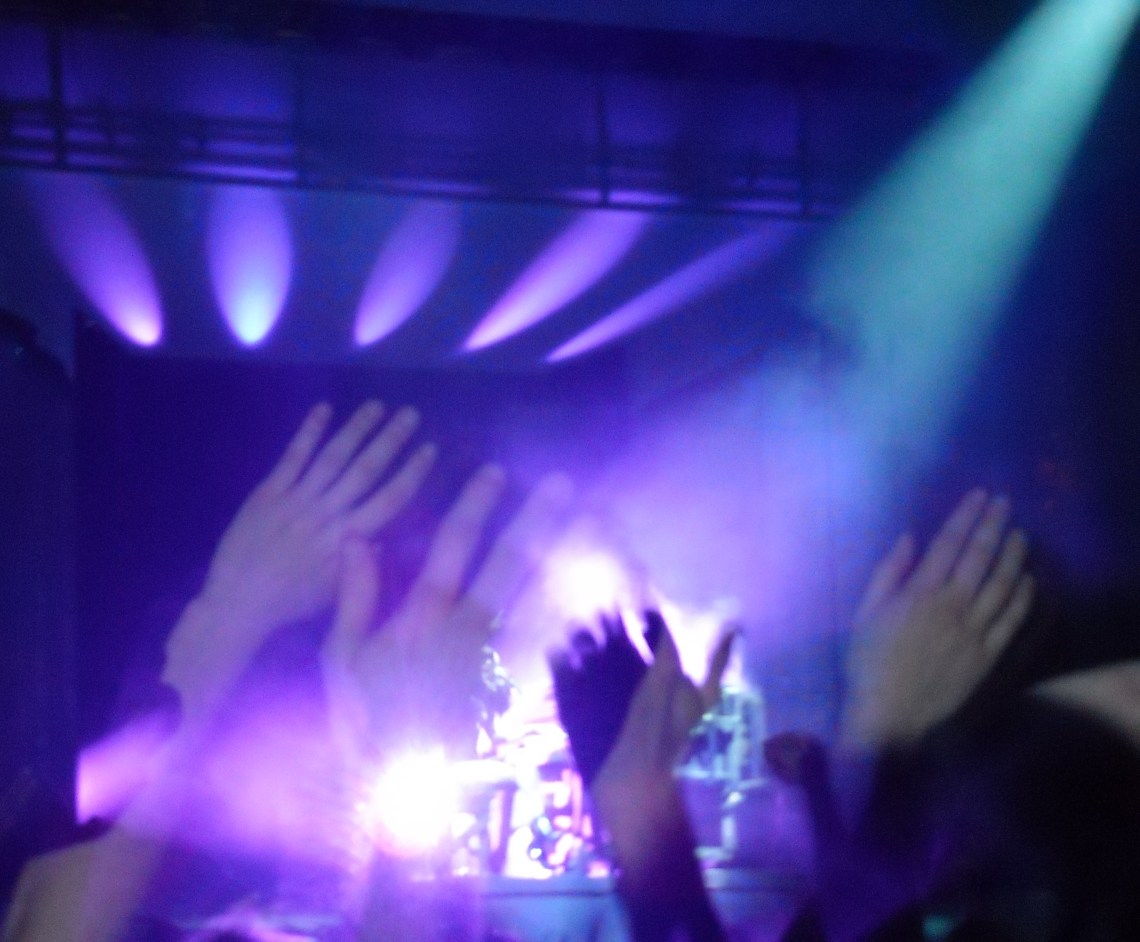 Thus is the Monster Ball: a perfectly focused blur… like a Henry Moore sculpture, wrapped in David LaChappelle photography, dancing to Bowie, while being filmed at The Factory 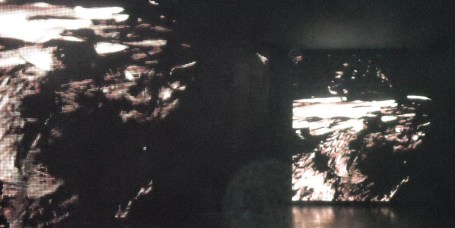